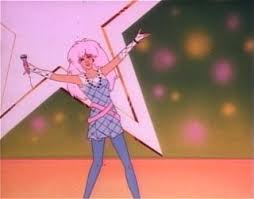 Last night at the always packed CW&P reading series we pushed our way up to the front row and chatted with writer Jeanine Walker before she took the stage. Tara Hardy, Kristen McHenry and Kathleen Flenniken followed.

PoNW: How did you decide what you were going to read here tonight?

Jeanine Walker: Well, I went through the 100 poems that I thought I could potentially read without being super embarrassed and then revised the order over and over and over again. I only planned one joke, but it’s towards the beginning of the set, so the whole rest of it might not be funny.

PoNW: One joke. So, do you feel like you need to tell jokes here?

JW: I do feel like I need to tell jokes here.

JW: I hope it works for me, anyways.

PoNW: I think it works for you.

JW: Should I tell them that? That I want to be a stand-up comedian…

Jeanine Walker writes poetry and fiction, and her writing has been published in Cimarron Review, Cream City Review, Gulf Coast, and other journals. Her manuscripts have been finalists for national prizes, including the Brittingham and Pollak Poetry Prize and the James Jones First Novel Fellowship, and her comic strip, Getting to Know the Tulip, had a three-year run in Houston’s The Daily Cougar. She is the Program Manager for Writers in the Schools at Seattle Arts & Lectures.

Below, a poem she read last night:

The Appointment and the Snow

On this new day,

Look at how the clouds move above the city:

Drop onto the lap of the overwhelmed.

Where do you think you’re evolving to,

Even the woman traipsing hard through the streets

Has no answer to that.

The snow jumps up on her boots like fleas.

The drifting flakes admire themselves in the cars’ side mirrors.

And from the town, to which she is headed,

Comes the unmistakable sound of bagpipes—

Playing at the funeral of a snowman

Who’s been buried alive by the snow.